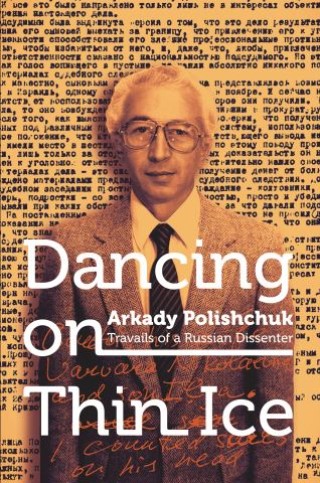 Travails of a Russian Dissenter

In this memoir, replete with Jewish humor and sardonic Russian irony, exiled Russian journalist and human rights advocate Arkady Polishchuk (b. 1930) colorfully narrates his evolution as a dissenter and his work on behalf of persecuted Christians in 1970s Soviet Russia. Told primarily through dialog, this thrilling account puts the reader in the middle of a critical time in history, when thousands of people who had been denied emigration drew international attention while suffering human rights abuses, staged show trials, forced labor, and constant surveillance.

From 1950-1973, Polishchuk worked as a journalist for Russian state-run media and at Asia and Africa Today, where all of the foreign correspondents were KGB operatives using their cover jobs to meddle in international affairs. His close understanding of Russian propaganda, the use of "kompromat" against enemies and his knowledge of "pripiski" (defined as "positive distortions of achieved results and fake reports") makes this memoir especially eye-opening for American readers in today's political climate.

Through the course of the narrative, we are along with Polishchuk as he covers an anti-Semitic show trial, writes samizdat (underground political self-publications), is arrested, followed and surveilled, collaborates with refuseniks and smuggles eyewitness testimony to the west. The absurdity of his experiences is reflected in his humor, which belies the anxieties of the life he lived.